A couple of weeks ago I joined Pistil Data, a cannabis data analytics startup. Coming into the engineering team, which is very much being formed, I noticed how every commit was being done directly to the master branch, and every deploy to dev, staging and prod, from the master branch as well. The team being small, this does make sense, but we’re looking into expanding it, and as we have more people working on the same codebase, we’ll need a better structure and flow around branches, pipelines and deployments, hence Gitflow.

You should read Atlassian’s post on gitflow (and the original post), but the basic idea is that a project using git should have the following branches:

From the branches laid out above, we decided to drop release, since it adds even more overhead to the release cycle.

At Pistil, we use Azure DevOps to host our repositories, our Agile board, and as you’ll see below, our CI and CD pipelines.

It’s very similar to any of the other tools out there, like Github, Gitlab or Bitbucket.

All that said, when we set out to implement gitflow and fix the CI/CD pipelines around it, this was the plan:

All in all, the plan has been accomplished, except for the Integration Tests CI pipeline, which were set to run manually.

Below are our default branches develop and master. At the time of writing, we’ve merged and deleted every feature-[\d]+ branch into develop and then into master for the latest release, that’s why there’s no other branch:

Notice the blue badge, close to the develop branch, reading “Branch has policies”. It represents a policy that blocks every pull request against develop if the unit tests have failed. There’s no matching blue badge in the master branch because I still don’t have the necessary Azure DevOps permission to add one to a repository’s default branch, but I’ll add one soon. 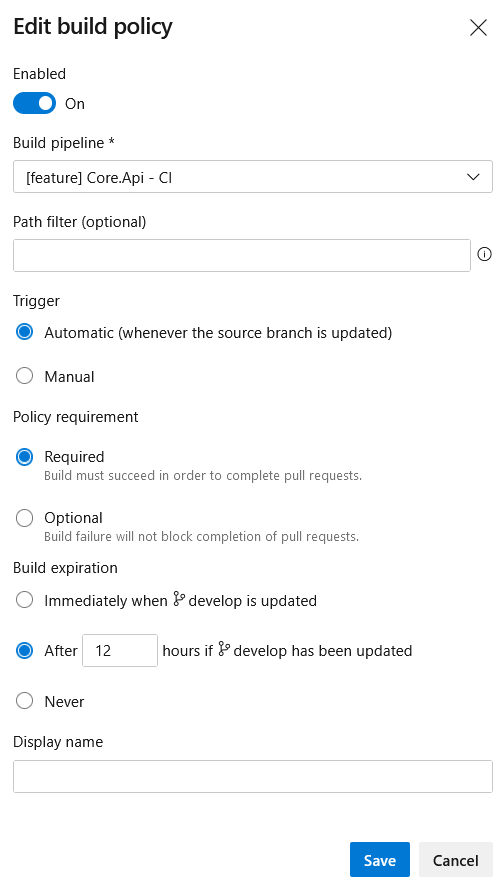 Below, the relevant CI pipelines that run unit and integration tests, and build the project:

And finally, a quick look at how the develop CD release pipeline looks in Azure DevOps: 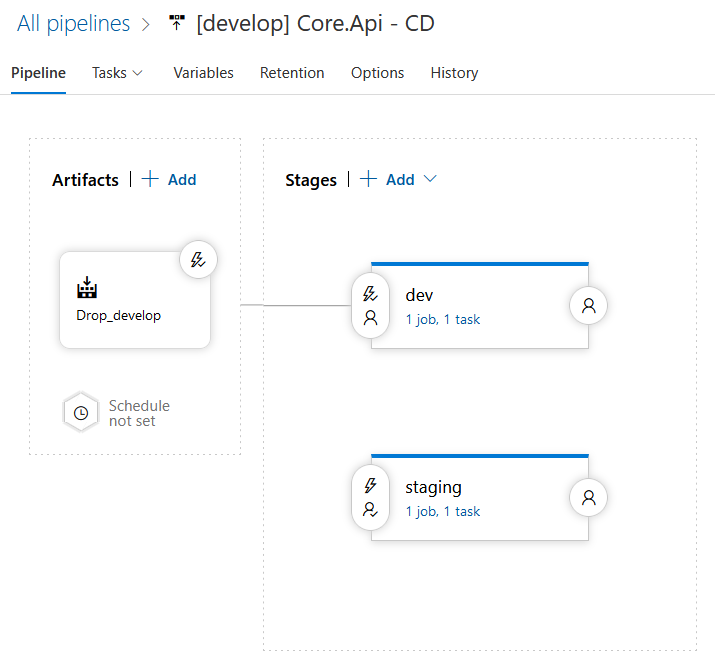 A few things we have left to improve the process and pipelines: